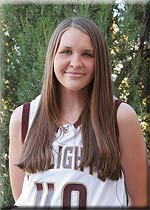 Stacie Barker of Taylorsville, Utah plans to graduate in May with a Bachelor of Science Degree in Elementary Education. She is the wife of Tysen Barker. As a member of the Skylights basketball team Barker set numerous individual game, single season, and career records. She was also named First Team All Conference for two years and "Conference Defensive Player of the Year" for two years. Barker received First Team All-American Honors from Women's Basketball Coaches Association (WBCA) and NAIA Third Team All-American honors. She also holds the NAIA record for most blocks for a two year career. Upon graduation, Barker plans on becoming an elementary school teacher. 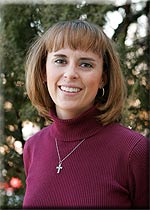 Mandee Carroll of Helena, Montana plans to graduate in May with a Bachelor of Science Degree in Design Drafting Technology and a minor in Civil Engineering Technology. She is the daughter of Collen and Pat Carroll. After graduation, Carroll plans to utilize her education to develop and create working drawings. She has been a two year member of the Student Senate, participating this past year as ASMSU-N president. Carroll also was the President of Northern's chapter of the American Drafting Design Association. She also was a two year member of the Skylights basketball team and a one year member of the Skylights golf team. Most recently Carroll has been the student representative on the Provost Search Committee. 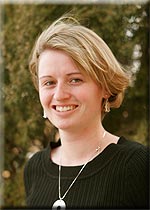 Danielle Dirden of Harlem, Montana will graduate in May with a Bachelor of Science Degree in Computer Information Systems and a minor in Design Drafting Technology. She is the daughter of Roxian and Marty Dirden. Upon graduation, Dirden is planning on getting a job or internship in the Bozeman area and pursuing a master's degree at MSU. A four year member of the Skylights golf team, Dirden has received Academic All-Conference recognition the past three years. She has been an integral part of the Residence Life Staff the past three years including the past two years as the Resident Director for Morgan Hall. 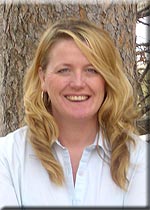 Amanda Hansen of Havre, Montana will graduate in May with Bachelor of Science Degree in Elementary Education and a minor in Reading. She is the wife of Paul Hansen. After graduation, Hansen plans to take on a K-12 teaching position along the Hi-Line and to begin work on a master's degree in counseling right here at Northern. Upon obtaining her master's degree she plans to work with "At Risk" high school students. Hansen has served as a Special Olympics Coach the past three years and has been active as a member of the MSU-Northern Student Education Association. 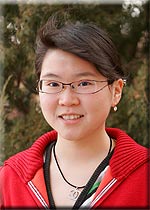 Yana Khegay of Kazakhstan, plans to graduate in May of 2011 with a Bachelor of Science Degree in Business Administration and minors in Accounting and Small Business Management. She is the daughter of Ellaiya Kim. Upon graduation from Northern, Khegay would like to pursue a master's degree in Accounting. After attending Harlem High School for her senior year, Khegay came to Northern and has been very active on the campus. The past two years she has been a member of the Northern Cheerleaders and Business Manager for the Student Senate, a member of SIFE and this year a Resident Assistant at Mackenzie Hall. 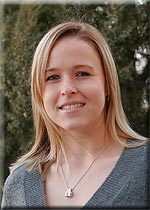 Brittnee' Klick of Simms, Montana will graduate in May of 2010 with a Bachelor of Science Degree in Business Administration and a minor in Accounting. She is the daughter of Mike and Belinda Klick. In addition to being a MSU-Northern student Klick is also a full-time Northern employee working in the Business Services Office. She plans on furthering her education by obtaining her MBA from the University of Montana while continuing to work here at Northern. Klick has been active 4-H member for many years, a Bear Paw Bowmen's member and was the Site Coordinator for this year's College Goal Sunday. 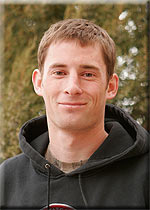 Kyle Little of Fort Benton plans to graduate in May of 2011 with a Bachelor of Science Degree in Diesel Technology and a minor in business technology. He is the son of Sherry Little. Little is planning on a career in the diesel field in Montana and would like to eventually start his own business. In addition to being the Resident Director for Mackenzie Hall, Little has been a member of the MSU-Northern Pep Band and a student leader of Chi Alpha. As a member of Chi Alpha, he has led a weekly Bible study and been a part of their many activities. 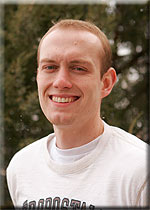 Travis Noble of Rupert, Idaho plans to graduate in May with a Bachelor of Science Degree in Health and Physical Education. He is the husband of Katy Noble. This past year he was a Student Assistant for the MSU-Northern Lights basketball team. Travis would like to pursue a career in coaching and teaching, with his ultimate goal of becoming a NCAA Division I head coach. Noble was named first team all conference for two years and was also a two time academic all conference selection. At the 2009 NAIA National basketball Tournament, he received a NAIA Champion of Character Award. 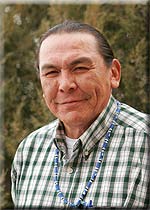 William J. Turcotte of Chinook, Montana will graduate in May with Bachelor of Science Degree in Secondary Education: Social Science-Broadfield and a minor in Native American studies. He is the father of 2009 graduate Jacob "Buck" Turcotte. Turcotte plans on pursing a master's degree. While attending Northern he has received numerous scholarships including the We Love Northern Scholarship and the Earl Bronson Memorial Scholarship. Turcotte has competed in various Pow-wows as a Men's Traditional Dancer and has been active in the MSU-Northern Sweet Grass Society Pow-wow as an Announcer and a Headman. Turcotte has also presented to various schools in and outside of Havre on the Assiniboine culture. 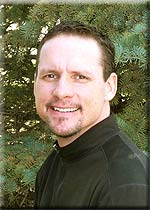 George Young of Great Falls, Montana will graduate in the summer of 2011 with Bachelor of Science Degree in Business Administration and a minor in civil engineering technology. Young is a single parent raising two teenage sons. At the completion of his degree, Young plans to continue to operate the company, AXESS OUTDOORS. He started this company while attending college. His company builds the IM, or improved mobility, off road wheelchairs.