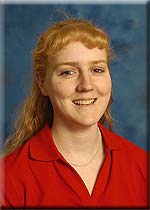 Anna Bateman of Rupert, Idaho, plans to graduate in May 2004 with a degree in Computer Engineering Technology and Computer Information Systems. Anna's plans after receiving her Bachelor's degree are to attend graduate school and seek her Master's degree. She hopes to become a successful professional in her field of study. The extracurricular activities that Anna has been involved in include being a member of the Skylight intercollegiate basketball team, being a volunteer at the Boys and Girls club, and being an active member in her local church group.

Lindsey Casterline of Havre, will graduate in December of 2003 with an Elementary Education major and a Reading Specialist minor. Upon completion of school, she plans to substitute teach and continue volunteering at the Boys and Girls Club. She hopes to start a family of her own, and when her kids are old enough for school she would like to start teaching. She also plans to obtain her Masters degree in Speech Pathology in the future. Lindsey has been involved in several activities including SEA, Northern Christian Fellowship, Church choir, has been an Adult Education Workshop Teacher, a Youth and Drama Leader for 7th-12th Graders, has received the Chancellor's Scholarship for 3 years, and was a Homecoming Nominee. 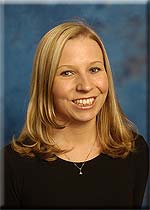 Jill Dion of Havre graduates in May with a Bachelor's degree in Biology and a Chemistry minor. Her future plans are to apply to medical school or obtain a B.S. in Nursing so she can become a Nurse Anesthetist. Jill has held several leadership positions for ASMSUN and was also the Vice President of Science/Math club in 2001-2002. She has received scholarships including the Louis Hagner Scholarship, the Science Club Scholarship, and the Walleyes Unlimited Scholarship. Jill has also been recognized in Who's Who Among Students in America's Universities and Colleges. Her impressive extracurricular activities also include working at Northern Montana Hospital as a phlebotomist in the lab, and serving on the Parking and Traffic Committee, and the Scholarship Committee for Student Senate. 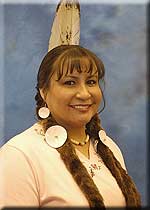 Shirley Eder of Poplar, will graduate this May with a Nursing degree. After completing her degree, she hopes to work for the Indian Health Service. She would like to apply her knowledge of the Health field to members of the Native American population in clinical or hospital based settings. Her activities and awards include being a Nursing Peer Mentor (2002-2003), an Aerobics instructor (2001), getting an Associate's Degree in Nursing in 2001, and she has been awarded several S.S.S. Excelled Academic Certificates. 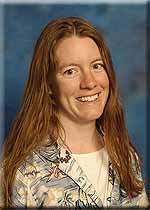 Abby Ehlert of Winifred, will graduate from MSU-Northern with a Bachelor's degree in Business Technology and Associate's degrees in Business Technology and Agriculture Technology. Abby is currently working toward a Range Management Specialist profession in the Bureau of Land Management, and plans to continue her full-time Range Technician position in the Havre Field Station. She also hopes to one day have a farm/ranch of her own close to where she grew up. Abby has earned several honors while at MSU-Northern, including the Chancellor's scholarship (1999-2003), the Wonderlin scholarship (2001-2003), the Pryde G. Skinner scholarship (2002-2003), the Haynes scholarship (2000-2002), has been in the MSU-Northern Honors Club, and been on the Deans List every year. She has also been an active member in the community and college by volunteering for several activities and occasions. 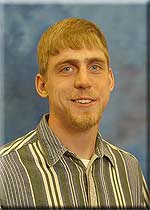 Steven Fendler of Bozeman will graduate in May with an Associate's degree in Auto Body Technology and a Bachelor's degree in Diesel Technology. Upon finishing school, Steven would like to be a field technician working on off-highway heavy equipment, and eventually he would like to become a field manager or shop manager at a dealership. Steven has been a very active member in Skills USA-VICA. He has held several leadership positions and competed successfully in the VICA competitions. He has also received several scholarships including the Lucielle Ziebarth scholarship, the Jim and Betty Clark Diesel Technology scholarship, and the Skills USA-VICA scholarship. Steven has also been a Diesel, Auto, and ATDI tutor for the Student Support Services, and been a lab monitor and student teacher assistant for the Perkins Fund.

Margaret Kucera of Havre will graduate with a Health Promotion major and a Business minor this May. She has been involved with the community through programs such as being an activity director for a Havre Public Schools after school program, and being involved with Montana Reads, an after school reading and tutoring program. She has also been the recipient of a corporate sponsorship for a marathon competition. After graduation Margaret plans to work as a Health Promotions Manager for a company in Madison, Wisconsin. 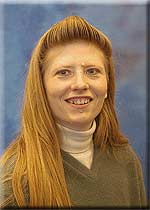 Tammy Pike of Havre will receive her Bachelor's degree in Communication and Community service in May. Her career goals for the future are to work as an Americorps Vista and pursue a Master's degree in Education Counseling. She has received several honors and scholarships while attending MSU-Northern such as the Jane Buttrey Memorial Scholarship and the Haynes Scholarship. She has also volunteered a great deal of her time to different organizations and been actively involved in several clubs including the Community Service Club and Excalibur Club. Tammy has worked on projects and been a community service leader for the Global Youth Service Day and the Presidents Week of Civic Engagement. 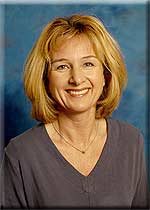 Audrey Schumacher of Havre is pursuing her Bachelor's degree in Business Technology with a minor in Marketing and Sales, and will graduate this May. She is currently employed at the Northern Montana Hospital as an Executive Secretary. She plans to continue working in the health care administrative field in the future. Audrey's hobbies would include golf, home and yard projects, playing piano and running. She has previously held Positions as a President of the Montana Society of Healthcare Executive Assistants, been a member of the Havre Chamber Ambassadors, a member of the Havre Crimestoppers Board, and Treasurer of the Havre Striders Running Club. 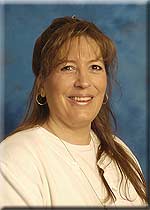 Kristi Stingley of Medicine Lake plans to graduate in May with a Bachelor's degree in Design Drafting Technology and a Civil Engineering Technology minor. Her goal after graduation is to work in an architectural firm, and continue her education to obtain an architect license. Kristi is the recipient of the Haynes Foundation Scholarship, the PEO scholarship and has been recognized in the Who's Who Among American Colleges and Universities. She has also been a peer mentor for the Academic Support Center and has maintained a high GPA while working two part-time jobs. 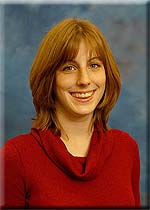 Amanda Strait of Independence, Oregon will graduate this May with a Bachelor's degree in Diesel, and Associate's degrees in Diesel and Railroad. Her first career goal is to become a railroad engineer on a short line railroad and eventually become a trainmaster. Her next goal is to be a diesel mechanic for 5 years, then a service manager, and eventually become a store or regional manager. Her extracurricular activities and achievements include being on the Honor Roll, a member of Spirit Club, Cheerleading, A North-Net employee, competitive gymnastics, a gymnastics coach, and she is a Resident Assistant. 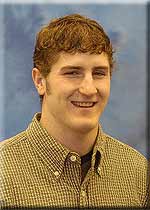 Ryan Utterback of Fort Benton, plans to graduate in the Fall of 2005 with an Elementary Education and Physical Education degree. Ryan's extracurricular activities include being an Americorp Volunteer Reading Tutor, a Resident Assistant, a Student Senate Administrative Assistant, has been recognized in Who's Who Among American Colleges and Universities, served as President of House Council, and was elected Homecoming King. Ryan is also a member of the MSU-Northern football team, where he received the 2001 Newcomer-of-the-Year Award and he also has received Academic All-Conference honors. 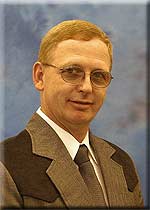 James Webb of Malta will graduate in May with a double major in Design Drafting Technology and Civil Engineering Technology. James plans to be employed by a construction- oriented firm upon graduating. Then, in four years he will have the opportunity to sit for the Professional Engineers Exam and upon passing will become licensed. James has been an active member in several clubs including the American Design Drafting Association, the American Society of Civil Engineers, the American Institute of Steel Construction, and the CET club. He has also been a tutor for the Student Support Services, is currently a teacher's assistant, has judged VICA Skills competitions for the last four years, and was a student member for the CET faculty search committee. 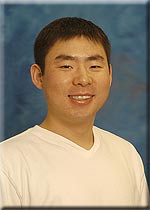 Sen Zhang, an international student at MSU-Northern from China, plans to graduate in May with a Bachelor's degree for a double major in Business Technology and Computer Information Technology, and a double minor in Accounting and Diesel Technology. Sen is currently employed by G.E. and hopes to move up in the future and help place more graduates of Northern in the G.E. Company. Sen has been actively involved in the International Club, was a member of the Student Senate, has tutored students, and has also been involved in the community. He has also been the recipient of the All-American Scholars United States Achievement Academy Award, the Touran Partridge Memorial Scholarship, and has been an Honor Roll student for much of his time at MSU-Northern.